What do sunflowers, corn, and cell phones have in common? The element Germanium (Ge). This semi-metallic element is widely used in semiconductors incorporated into computers, cell phones, and fiber optic cables. Germanium is also used in smart steering systems and parking sensors because it is transparent in infra-red light. And soon it may be sourced from sunflowers, corn, and other crops.

Germanium is abundant but difficult to mine.  Most germanium is recovered as a byproduct of zinc ore (sphalerite) processing, and occasionally from silver, lead, and copper ores. According to the U.S. Geological Survey’s 2016 Germanium Mineral Commodity Summary, U.S. reserves of zinc may contain as much as 2,500 tons of germanium, but because zinc concentrates are shipped globally and blended at smelters, the recoverable germanium in zinc reserves cannot be determined. On a global scale, as little as 3% of the germanium contained in zinc concentrates is recovered.

Like rare earth elements (REEs), most germanium is exported from China, and demand for it is expected to grow. Luckily, scientists at Freiburg University of Mining and Technology may have found an alternative source through phytomining, or “mining with plants.”

According to the Reuters article, Smart phone ingredient found in plant extracts, certain crops, including sunflowers, corn, reed canary grass, are able to absorb germanium from the soil. And because these plants are already being processed for use as biogas, extracting the germanium may prove economical. One of the scientists working on the project explains, “There is zinc ore present here, the ground is very rich in zinc. We have the remains of waste rock piles from mining, which germanium-rich water can drain better through. And when you cultivate plants here and give them that water, they can build up germanium reserves through normal physiological processes. We unlock these reserves through fermentation with the help of bacteria and thus we are able to mobilize the germanium.”

If it comes to fruition, phytomining will be a vast departure from traditional mining and exploration processes, which may include outcrop and soil analysis, advanced exploration and drilling, core sample analysis, mine mapping, ore trading, grade control, and cuttings analysis for mud logging and reservoir characterization, and oil and gas exploration and production (E&P). Both lab-based and portable XRF solutions are making a critical difference in these mining operations, and the Advancing Mining blog offers many posts on various applications for these technologies.

If you’re more interested in new and emerging or non-traditional mining technologies and developments, we offer the following articles: 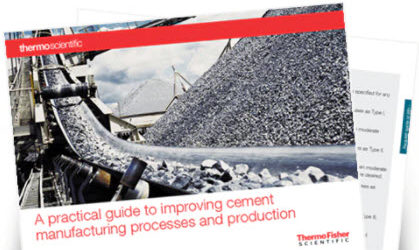 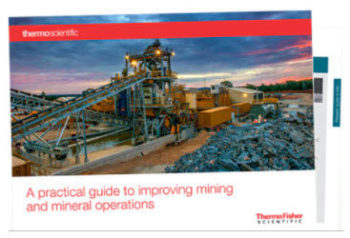 eBook: A Practical Guide to Improving Mining and Mineral Operations

Portable XRF Enhances Oil and Gas Exploration in Any Environment
Just in Time for the Fourth of July: an INFOGRAPHIC About the Minerals in Fireworks!

Get news and research reviews on the topic of your choice, right in your inbox.